A Guide to My Amnesia Theater 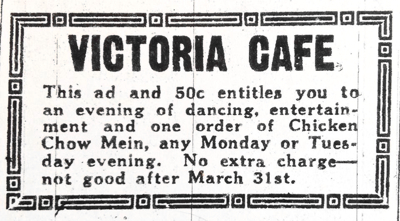 Here at Monochord headquarters, we’ve been celebrating the publication of Harry Smith's Anthology of American Folk Music: America Changed Through Music, a collection of new essays about the mesmerizing and influential 1952 boxed set of late 1920s and early 1930s recordings.

Ordinarily, I'd be devouring this exciting addition to Smithalia cover-to-cover, and probably writing about it here. But so far, I've been busy rolling out my own essay in the book.

My contribution — the product of eleven years of research, thinking, re-thinking, and activism — is entitled "Smith's Amnesia Theater: 'Moonshiner's Dance' in Minnesota."

I have oceans of stuff to say about it, but for now, I'll just try to answer the simple question, "What just happened?"

The new book and essay: What are they?

It’s a book of essays by a variety of writers, musicians, and scholars, some of whom attended a 2012 conference in London marking the 60th anniversary of Smith's landmark boxed set.

I delivered a presentation at that London conference, and my talk became the seed of my essay. It focuses on just one recording in the Anthology, a cut otherwise neglected by historians and other researchers. The 1927 recording was "Moonshiner's Dance — Part I," recorded in St. Paul, Minnesota, by the Victoria Cafe Orchestra.

For the first time, my essay releases a major chunk of my research into "Moonshiner's Dance." It turned out that asking simply "What is this object?" leads to a wide-ranging investigation into geography, history, identity, and meaning.

All this previously unknown information, the essay argues, matters to how we understand the Anthology and, indeed, to how we should encounter any expression left to us by a gone world.

The essay is also an impassioned plea for open-minded and imaginative curiosity about America's cultural geography.

I designed the essay to be a little like Monty Python's Flying Circus — that is, like a revue. The curtain opens on a scene that turns out to be another curtain that opens to reveal a different scene that also becomes a curtain, and so on. If you get bored with my essay, don't worry — it will take off in another direction soon.

So far, beside the scholarship being original, the most consistent comment I've received is that the writing is "beautiful." Certainly, there's humor in there, wise cracks, hidden Easter eggs, and a lot of pictures.

Where can a person read this essay?

This is a scholarly publication, so the authors don't get paid — I just want my truth out there, and I deeply appreciate your interest.

— Please ask your public and university libraries to get the book. Don't be shy — providing you with materials that are difficult to get on your own is a big reason librarians exist. They want you to ask for exactly this kind of thing — do it! Besides, once they get the book for you, it will presumably be there for the rest of your community.

— Please buy the book. For now, Routledge priced the hardback ($152) mainly for university and public libraries, profs in the field, etc. I'm currently seeing buying options on Amazon for around $100. There are Kindle and eBook options for $38-$55.

— A paperback version of the book will be released in June 2018, I am told. It'll have a prettier cover and a more affordable price. How much more affordable, I don't know.

— Email me. Holding the book in your hand, you can see a community thinking about the Anthology — there are other pieces in that book you'll definitely also want to read. But its current cost makes this book (and my message) a very rare object. So, if you email me for a copy of my essay, I will send you a PDF.

— At the Minnesota History Center in St. Paul, the book is now available for reading and photocopying at the Gale Family Library. That's where this whole adventure started for me in May 2006, so I find this very satisfying.

Also, watch this space for updates.

What's the deal with the Victoria Theater?

When I started all this, nobody who'd heard the Anthology could forget the sound of this eerily preposterous recording. It was, in its own way and degree, infamous around the world, partly for having mysterious origins.

At the same time, nobody in St. Paul understood that a familiar, vacant, and deteriorating old building down on University Avenue was responsible for an utterly unique contribution to an influential American masterpiece. Nobody had ever researched the building beyond architectural survey work and superficial literature searches.

I set about trying to reconstruct the meanings of the place, to see if I could get St. Paul to understand what it had, and to make Anthology fans understand that their mystery was solved by answers that really matter. I wanted to reconnect the lines and let the power flow.

Then, in 2008, the Victoria Theater's neighborhood association asked me to write the nomination to make the threatened Victoria Theater Building an official heritage preservation site.

I jumped at it, especially as I'd spent two years working for a Cultural Resource Management company, editing historic and archaeological survey reports. And I fought to get the city ordinance passed.

Finally, to complete the circuit, I got to work on this essay for the Anthology conference and book.

Despite some exhilarating successes, I still despair that my message will ever quite sink in, but I'm glad that I’ve at last sung my song.

Your questions, requests, or suggestions about the Victoria Theater's future should go to the director of the Frogtown Neighborhood Association, Caty Royce at caty@frogtownmn.org.

What's next? A book on "Moonshiner's Dance"?

I wonder. I already look like "that guy" who won't stop talking about his polka record, but readers of my essay will hopefully appreciate that there really are worlds to explore here.

Only a tiny fraction of my findings made it into the essay. I've got stories.

If I died tomorrow, I'd be glad I got this essay into the world, but too many big connections and haunting details would die with me. And to my eyes, each story magnifies and multiplies the meaning of the others. I'm not sure what to do about that.

For now, I just hope to go back to what I was up to before the Victoria Theater Building and the London conference and essay took over my life. I think I'll try to write and research and get the stories to you, one way or another, before my time’s up.

The paperback version of the book is around $50. I got it as a Father's Day gift this year and oh man is it worth the money.

Kurt was kind enough to send me a .pdf of his essay last Fall. I'm also from Minnesota and had no idea my State had ties to the Anthology. It actually inspired me to go find the Victoria Cafe/Theater one sunny weekend day and marvel that it's still around, a piece of history I can see and touch.

Thanks to Kurt for writing his essay. Go buy this book!