The Return of "Temperance & Temptation" 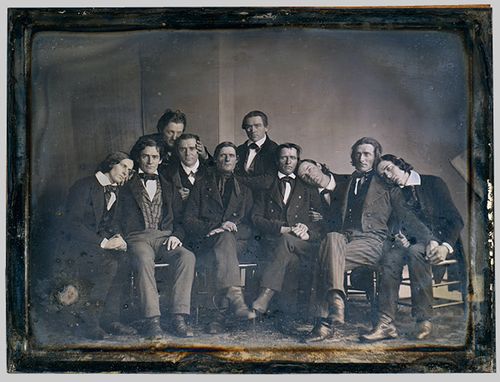 Celestial Monochord readers will be glad to know that the Rose Ensemble's upcoming season will include Songs of Temperance and Temptation.

The show will be back in November for an eight-city tour of Minnesota and, in abbreviated form, for a Mississippi riverboat cruise on October 23.

This is great news.  The three performances of Temperance and Temptation that closed the Ensemble's previous season included the first known performances in over 83 years of a peculiar, foot-stomping composition known as "Moonshiner's Dance Part One."  This piece has been the axis around which my research, writing, and preservation efforts have revolved for more than five years.

Hopefully, the Rose's upcoming November performances will give Minnesota another chance to catch an incredibly rare performance of "Moonshiner's Dance," a neglected and nearly forgotten landmark in the state's musical legacy.

But even for me, the hope of seeing more of "Moonshiner" isn't the best reason to look forward to this season's revival of Songs of Temperance and Temptation.

The show is very amusing — packed with fresh songs (that is, new-to-you and very alive), sung by skillful, versatile, and charismatic vocalists. The show is also informative, immersing you in a kind of cultural history of alcohol that's likely to transform your understanding.

But the Ensemble's marketing materials reprint a blurb from a local paper saying, "No one makes scholarly research more entertaining than The Rose Ensemble." I think this subtly misses the main point, the best thing about the Rose and this show.

What I like most is the show's unwavering confidence that its surest bet in amusing the audience is to tell them something they didn't already know.  The Rose just assumes from the start, correctly and to great effect, that surprising information — learning something — is the among the wildest experiences the stage has to offer.

To me, this approach felt courageous and just a shade radical in its sheer respect for the audience — a belief in the audience's intelligence, but even more in its willingness to be game for something new. My frenzied notes taken during the single performance I attended in June have grown cryptic with time, but at one point I simply wrote, "The amazing research."

I'm fairly well versed in the history of pop music during and just before Prohibition. But the Songs of Temperance and Temptation were almost all completely new to me. And the photographs projected behind the performers were mostly new finds. And the collection of sheet music cover art was fantastic. 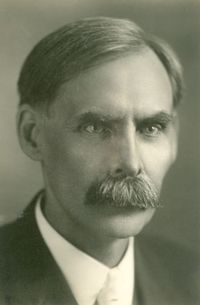 The show's stories of Minnesota's temperance movement will surprise most Minnesotans — the city of Hutchinson's founding, for example, by a family of protest singers dedicated to women's rights, the abolition of slavery, and men's liberation from alcohol.

The Andrew Volstead story may also surprise a lot of people.

The Congressman from Granite Falls was seen across the United States as the primary villain of the Prohibition era — an incompetent, humorless zealot who drove the nation to (furtively) drink. He's still remembered this way.

But the Rose Ensemble, perhaps following Daniel Okrent's recent book, invites us to see him in a far more nuanced and sympathetic light.

(My own research has been hinting to me that both Okrent and Rose are going a little far in rehabbing Volstead's reputation.  A proper assessment of Volstead isn't really available, so I think the guy is ripe material for a thorough biography.)


"I've Got the Prohibition Blues"

The members of the Rose Ensemble are trained veterans of choral music, and the Rose's seasons always lean toward a wide variety of "early music."

The upcoming season, for example, includes one show on "ancient Mediterranean Jews, Christians, and Muslims" and another on "feasts and saints in early Russia, Ukraine, Poland and Bohemia."

So, of course, there's the question of how well they handle Songs of Temperance and Temptation — and the answer is pretty good news.

The show's first half deals primarily with 19th century conflicts leading up to Prohibition, so a bit of reserve and formal training only improves the verisimilitude.  Rest assured, the show cuts loose early on and shows a lot of humor throughout.  When they approach something like a barbershop quartet style, they're clearly well prepared.

The real challenge comes during Prohibition, when American pop music fell in love with Jazz and the blues, and searched for something like an authentic "street" credibility.  The Rose does very well with it, but it's not surprising that swing and growl aren't its most convincing assets.

But even in the slightly strained way the Rose Ensemble comes to grips with the 1920's, they remain true to the history. One of the great pleasures of listening to, for example, Archeophone's Phonographic Yearbook series is hearing the pop stars of the era grapple with those very same changes in public taste.

The blues and jazz revolution ended a lot of careers, just as Rock & Roll did decades later. Those who survived often did so by learning, with widely varying artistic success, the African American-inflected stomp and swerve in the era's new sounds.

The more you hear what was recorded at the time, the more you appreciate the Rose's mastery of this material today.

And finally, I know some folks will want to know how they did "Moonshiner's Dance."  So here goes.

It came late in a show filled with a lot of unfamiliar music, so to suddenly hear a band, right in front of me, strike up that familiar introductory riff followed by that oompah hopped up on goofballs ... it made the hair on the back of my neck stand up.

The only recording of the piece in existence — the one I've heard perhaps a thousand times — is trapped in the antique shellac of scratchy, store-bought 78s.  It has no other existence.  Hearing the piece played anew by a live band immediately in front of me was mind-bogglingly rare, and I felt it in every note.

Their approach was to hew quite closely to the original recording. The band was a little light on the beat and lacked the dance band insistence I'd expect, but otherwise tried to "play the record" as closely as possible.

In the recording, the third segment of the medley consists of a harmonica vamping some chords, possibly noodling a bit with an indeciperable tune. The blog Old Weird America claims the tune is "Turkey in the Straw," but this is almost certainly wrong. The Rose Ensemble went with this suggestion, enunciating the tune very clearly.

I think it was the right decision. "Turkey in the Straw" is familiar and rousing (as the whole medley would have been to its original audience), and fits the piece nicely.  It also dovetails (turkeytails?) with my thesis about the recording being something like a big-city parody of rural culture.

During the "At The Cross" segment of the medley, the fiddler took up a small American flag and waved it haughtily, which I loved.  For one thing, it provided a light suggestion of the satirical stagecraft that I think was the real point of the "Moonshiner's Dance" recording.

What we're hearing in the recording was the soundtrack to something we're not seeing. The Rose's performance, then, also necessarily missed the chaos of the recording's laughing, indecipherable voices, and generally ... thick atmosphere that gives the recording its particular and mysterious register.

Certainly, I think the Rose's performance worked wonderfully on its own terms, and the piece is plenty sturdy to have a performance life of its own.

But the challenges of performing it anew also highlight what I've come to focus on in my years of research — that the original "Moonshiner" recording has the power it has because it is so bursting with its very narrowly specific moment and place. To understand what this peculiar thing really is, then, we need to reconstruct the time and community from which it arose.

The Rose Ensemble has gleefully run directly into the path of that time and place, seeking a new way to make a new kind of performance sense for this piece that so often seems bent on denying the very possibility of sense itself.

In a way, that reinvention of new senses from old contexts is what The Rose Ensemble does for a living. These are brave people, and I want to see more of them.

[See also my thoughts in advance of the show.]