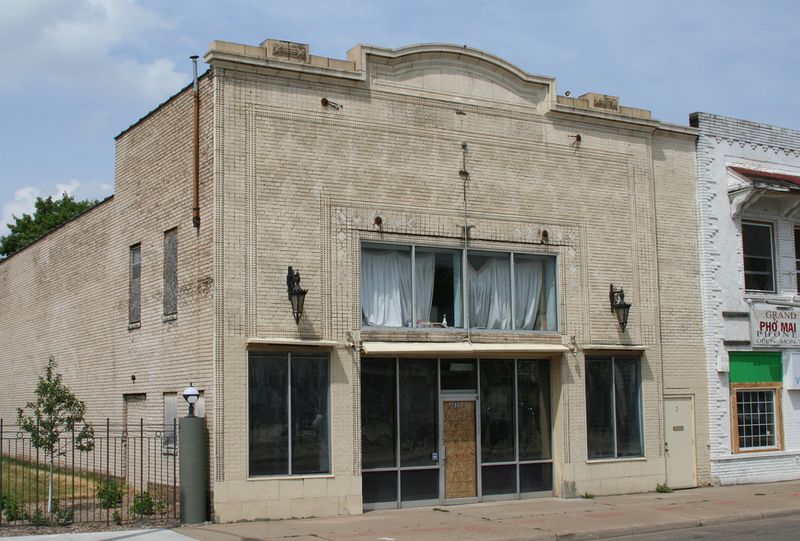 In May 2006, I was astonished to find the Victoria Cafe, still standing, right there in the Frogtown neighborhood of Saint Paul, MInnesota. Apparently, nobody had figured this out before.

Although music fans around the world knew the 1927 recording made by the Victoria Cafe's orchestra, the Cafe's location was unknown. Meanwhile, the old building was familiar around the neighborhood, which seemed completely unaware of any recording associated with it  — much less what that recording represented, what place it held in American culture.

The Victoria — in which I see unparalleled significance for American music, and especially for the cultural history of the Upper Midwest — was just sitting there unnoticed, uncelebrated, and vacant, watching the traffic pass back and forth on University Avenue.

Now, about 5 years later, the City Council of Saint Paul will decide whether to finally recognize this building as an official Heritage Preservation Site. The city has an opportunity to protect this cultural resource and keep the demolition crews away from this landmark.

To my eyes, passing up this opportunity would reaffirm the Victoria's decades of anonymity and neglect, instead of finally acknowledging an important cultural contribution made by Minnesota, Saint Paul, and Frogtown.

RESIDENTS of Saint Paul, please contact your City Council member and urge them to strongly support the Victoria Theater's bid to become a Heritage Preservation Site.

NON-RESIDENTS of Saint Paul, please contact them anyway!  You should email the entire council, or just the Victoria's councilmember, Melvin Carter III.

And please, spread the word!

Now that the Victoria has reached the City Council, I'm tempted to tell the whole story all over again — explain it all, get it right, pin it down.  But, well ... the heart of the matter is out there in one form or another.  Here's a sampling.

History of the Victoria Theater — a short sketch at the Frogtown Neighborhood Association website.

Moonshiner's Parking Lot? — when the wrecking ball was coming for the Victoria, I spilled (some of) my guts about why I think the building matters.

A Geography of the Anthology — a map of the influential Anthology, and a reminder of the default Southern emphasis of the idea of American "roots music".

North Country Blues — thinking about the American musical canon, and what it means that the Upper Midwest has been neglected too often.

Louis Armstrong at the Coliseum, 1939 — Frank Cloutier, the Victoria's bandleader, moved to the Coliseum at Lexington & University, where he was Musical Director for 13 years.

Email Me — if you have questions, or answers, about the Victoria or Moonshiner's Dance, or anything else.

Save the Victoria Theater — the Facebook group with over 600 members.

See also "Anthology of American Folk Music" links at the upper left of this blog. 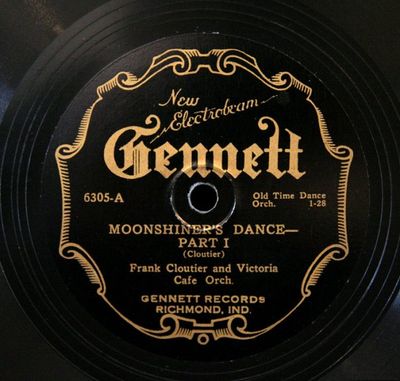 an original copy of the 78 rpm record of the 1927 "Moonshiner's Dance,"
which Harry Smith included on the 1952 Anthology of American Folk Music

Although I'm not a resident of St. Paul, I recognize the importance of saving sites such as this. I only wish my own city had done so with so many beautiful and historically significant buildings now existing only as memories.
Good Luck

Thank you for this article and support/awareness. I contacted my council member!

your blog is saving my life, pal -- no idea that there was such great work being done to track down smith's legacy on this ol' internet! i'm linking up to you!