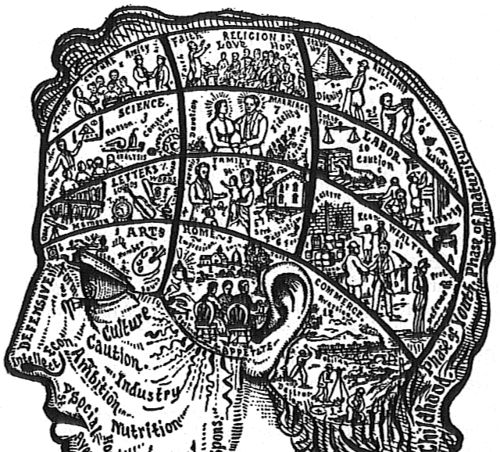 If you expect to be in Wisconsin in the next few weekends — or can arrange to be — I urge you to see Minglewood Blues at the Broom Street Theater in Madison.  Inspired by The Anthology of American Folk Music, this new play must be among the most amusing, heartfelt, and original responses to that influential document in quite a few years.

In the flesh-and-blood medium of the stage, Broom Street has made manifest the strange pleasures and confusing revelations most people go through after discovering this collection of early 20th century recordings.

The play should interest anyone with a passing acquaintance with a few of the old American legends — maybe Casey Jones, or John Henry, or Stagger Lee, or the froggie who went a-courtin' a mouse.  But the play's depth and wit do "telescope" with audience knowledge, and it really excels as an introduction to the Anthology's strange mindset, and as a sort of luxury spa for Anthology veterans.

In Minglewood Blues, the events, images, and characters scattered throughout the Anthology rise up in Broom Street's humble little space and take over the joint, much as they do in our minds — with birds and trains and mountains and murderers vying for our confused attention, exchanging gunfire and one-liners, exposing one another's crimes and pleading one another's case.

Becoming Anthology-obsessed makes you dizzy like that.  Playwright Doug Reed has taken that dizziness seriously as part of the Anthology's aesthetic and made it the basis of his play.

In bouncing motifs off one another and splicing narratives together, the script performs one illuminating stunt after another, proposing dozens of fascinating possibilities.

Why moles are blind is explained, as is the nature of lawyers. The deep geology and the whole ecosystem of a place called Minglewood are made to mingle with Scandinavian immigrants and Southern labor history. The sheer body count makes the play a kind of Hamlet-meets-Wisconsin Death Trip.

There are so many new angles to see, in fact, that a law of diminishing returns eventually sets in (even if rather later than you might imagine).  Once Minglewood Blues blows your mind many times, and then many more, and then some more, your mind is neatly blown.

Some moderate editing would be welcome in the second half — perhaps Frankie and Albert's wedding could be deleted, or some bits about Alan Catcher's business dealings.  I would hate to miss the rebellion of Free Labor, but the resulting sharper focus on John Henry's regrets might be worth it.

A death-row scene between Alice Frye and Frankie, intended to be a culmination and summation, tries to accomplish too much on too many levels.  I wanted to see these two actors switch roles, but it's unlikely that better acting or directing could carry all the weight packed into the scene.

Incidentally, Harry Smith's Anthology was history's first great case of "color-blind casting" and I would have been interested to see this somehow integrated into Minglewood Blues.  As things actually played out (perhaps out of practical necessity), I sometimes wondered if Broom Street hadn't actually worked against the progressive intent of Smith's treatment of race, which remains ahead of its time to this day.

I was usually impressed with the quality of the actors, musicians, direction, and production standards at this humble venue.  In fact, some of the rough edges left on this particular material only served to magnify its meaning and emotional impact.

The actors and operators of the Broom Street Theater are unpaid volunteers — the hat is passed for the cast before the show.  Still, ever since its birth in the cultural ferment of 1968, the theater has been a very small animal with big artistic ambitions.

As a result, an especially deep and moving kind of sense gets made when this particular group takes on Harry Smith's Anthology, which achieved very high art through a collage of folk art.

And they've gone to extraordinary lengths to do it.  As a keepsake for the audience, the playwright himself has lovingly designed the program for this production by hand, borrowing elements of Smith's original hand-made liner notes.

Very appropriately, this music is intimately involved, top to bottom, in the play's action and themes — not only punctuating and bridging scenes, but deeply involving itself in the action and meaning of the story.

In fact, the band is composed largely of cast members, and visa versa.  Its fiddler grows wings and accompanies a character to heaven.  After a young boy is lured to his death in a flower garden, he gets up and straps on the accordion.  And Satan, it turns out, plays a mean harmonica.