Mike Seeger: Articles at The Monochord 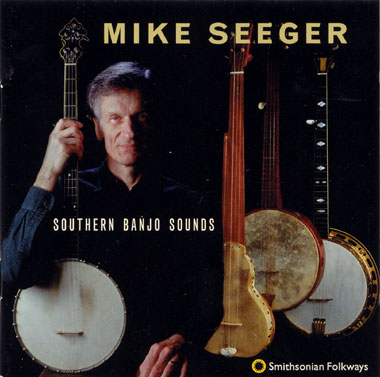 Mike Seeger has entered hospice care and members of his family are gathering at his home in Virginia, according to media reports.

Over the years, the Celestial Monochord has written about Mike often, sometimes obsessively, because he's a hero of mine.

Below are links to my most substantial essays dealing with Mike Seeger. They're mostly in order of writing quality and/or relevance to Mike.

• On innocence and experience, in the context of Mike Seeger:

• A two-part screed in which I realize that Bob Dylan (and his generation) were not directly influenced by Harry Smith's Anthology of American Folk Music as much as they were second-hand, through the New Lost City Ramblers:

• How Mike turned a simple love song into a contemplation about the relationships between art, and death, and love:

• Thoughts about Hollis Brown, mentioning the version Bob Dylan did with Mike:

• Mike's version of a song about Slick Willie:

• With my facts a little rumpled around the edges, the vast importance and tiny reputation of the New Lost City Ramblers:

• "Suggested listening" for fans of the Harry Smith Anthology:

• About my favorite cut on Mike's brilliant collection of field recordings:

A Talk on the World

Thanks for all the loving attention given to Mike Seeger over the years. Mike can be praised for a multitude of contributions, but to me his most important work was in making available the music of forgotten or too-often underappreciated working class musicians. In his own performances, he built upon the styles of the people who originally made the music. In so doing, he reaffirmed the value of their culture. That's what Hazel Dickens meant when she said that "Mike validated my culture."

P. S. Yes, I am writing a biography of Mike Seeger. I regret that I didn't have it finished when he died. I've written drafts of about five chapters, out of a total of six or seven. I would appreciate any help that folks might want to give, in the form of insights or pertinent information about Mike and his family.