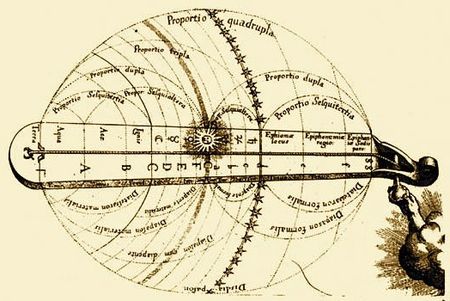 Someone has started an amazing blog about Harry Smith's Anthology of American Folk Music.  If he keeps going along these lines, it will end up being one of the most important things to happen to the Anthology since its reissue on CD in 1997.

Apparently the work of an obsessive French collector, The Old Weird America (TOWA) is posting at least one entry on each Anthology cut, with large zip files containing wonderful batches of mp3s. These mp3s are other recordings by each Anthology artist, as well as other "covers" of the same song.

TOWA also provides a little writing of his own about the Anthology artists, although that text is often the standard, sturdy, reliable consensus view of the subject.  Very nice, but not usually new.  The real eye-popping, one-of-a-kind value of this blog is the audio files.

Really, the project comes off a lot like the interactive, online version of the Anthology-with-notes that I dreamed of at the end of this post back in July — except for its, let's say, "independent" attitude toward copyright law.

Of course, I'm dying to see what TOWA does with "The Moonshiner's Dance" ... and whether he bothers to contact me to see what I have up my sleeve.  He is not good about citing his sources of information or audio, so I don't know if he swings that way.


Also, I've always wondered what I'd do after my Diamonds in the Rough series is finished.  I guess I've dragged my feet about writing that last entry because I have no substitute for the series.

One idea has been to write one piece on each of the 84 entries in the Anthology.  At my usual pace, the project would take nearly a decade.

Well, in a way, TOWA has beaten me to it.

Certainly, his contribution is these amazing audio collections he's posting, whereas I would do my usual Carl Sagan meets Robert Cantwell routine.

Hello, i'm the "creator" of the "Old,weird America". Thank you for writing about my blog, i'm very honored... You're right that the main interest of what i do is the compilations i offer of "variations" on each Anthology entry and the writing is just a general introduction to present the artists and the songs. One reason is that being french i'm quite limited with my english even if i do a lot of reading in that language but i wanted to do it this way so that most people around the world can read me. But i generally pick up some interesting links on the subject to offer more to the readers. About citing my sources i have no problem with that and i always indicate from which album i took my "variations". The whole idea was to extend the Smithonian/Folkways booklet and to use the inernet to offer something to hear and gather links about the artists and songs of the Anthology. I will surely need your knowledge about the Anthology and your work on "The Moonshiner's dance" in the future and put links to your articles on the subject.
Cheers from France.

Holy wow, thanks for pointing that blog out to me.

And there is enough room in the world for more than one blog series on the Anthology. I'll definitely read anything you write about it.

I would love to hear whatever "long, dense, ponderous things" you might have to say about the individual cuts on the anthology. Your pieces on the "Moonshiner's Dance" have been delightful & revelatory, much more Robert Cantwell than Carl Sagan--which is much to my liking. (Robert Cantwell is the best music writer I have ever read--why he doesn't write more books is a mystery--and big disappointment--to me.)

So indulge yourself, please. You'd be doing all of us a favor.

I surely agree with John, though I am not as voracious a reader of blogs as I wished I still were. Life has these nasty habits of sucking time away...smile.

Your blog has been, still is, a fresh scoop of fascinating stuff. Don't ever doubt it.

And thanks for the link to the terrific blog TOWA.