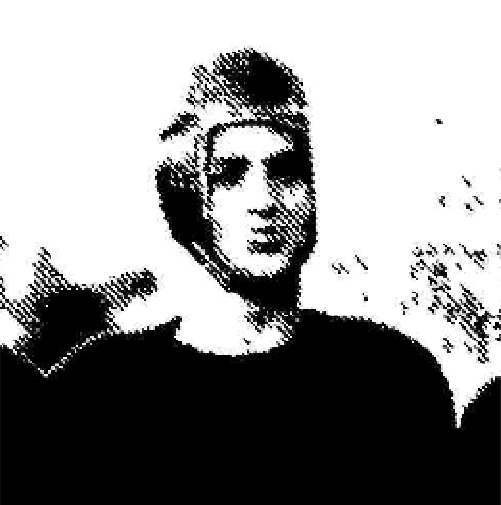 I was extruded out the other end of the 2008 presidential election like John Goodman birthing himself from the mud in Raising Arizona. I clawed my way out, hollering, triumphant, relieved — but in the middle of nowhere, wondering "NOW what do I do?"

Much of my intellectual life during the Bush years has been an escape and a rummaging around for some kind of SENSE.

At the start of Bush's second term, I dove head first into trying to understand every last thing about "The Moonshiner's Dance," a recording from another time — practically from another planet — the main theme of which is alcohol delirium and the razzing of meaning itself.  It had to be sorted out.  Somewhere along the line, I even quit drinking.

Now, I will have to rejigger yet again somehow.

So with Palin sent back to Alaska, I felt it was time to clear my mind.  Cleanse my palate.  Get a little fresh air and perspective before beginning anew.  It seemed a good time to finally read Kerouac's On the Road.

I'd recently started reading classics I hadn't read before, ones I now think I should've read before getting that Master's Degree in English Literature I have framed on my wall.

Last winter, for example, I'd finally read The Great Gatsby — oh, so THAT'S the answer to that GRE question!

Besides, I'd always liked the idea of it.  Kerouac's sad and feverish and lost patriotism, his REAL "real America" Americanism.  It looked good on the menu after nearly two years of 21st-century stump speeches and echo chambers.

One of my many brothers — the one who'd used Kerouac as a roadmap throughout his early adulthood — had given me a copy of On the Road when I was 18 and he was 30.  I must've lost it during a move over the years.

I bought my current copy a few years ago as a tourist in San Francisco, when my wife Jenny and I stopped by City Lights bookstore.  I knew it was the most obvious purchase to make, felt sheepish handing it over to the clerk.

I felt the urge to tell him I'd already taken varying-sized doses of Ginsberg, Borroughs, Ferlinghetti, Corso, even Bob Kaufman — just never really Kerouac.  But it would've only made matters worse.

I can't remember reading another book that relies so heavily on the reader to romanticize it, to buy into it.  The presumption somehow gives it the feel of "young adult fiction" — my brother had given it to me at the right time.

At some point, for example, narrator Sal Paradise assures us that this next trip across the country was the gonest, most profound, most epically heroic yet!  Yass yass, whoop, harumph!

That trip's high points, to my memory, turn out to be getting a speeding ticket, picking up a hitchhiker with one arm longer than the other, getting stuck in the mud, and stealing some cheese.

Ordinarily a quick read, it took me a month to get through, so evanescent was my romanticization.

One tension that's supposed to sustain interest is a kind of low-simmer debate — Dean Moriarty: saint or demon?  But today, On the Road reads more like a muck-raker exposing the limited treatment options available to the mentally ill.  It's angering to know there were no good pills for the guy.

Actually, a lot is angering.

Kerouac wonders faintly at his urge to murder gay men.  The absolute greatest wife they encounter is the one who stays in bed and silently smiles when they rudely wake her up to drink until dawn with her husband.

"The Beats were single-handedly responsible for feminism," Jenny quipped.  But I think measuring the exact distance from that quip to the unsnarky truth would be a good senior thesis topic, if you're looking for one.

Part 3 Chapter 4 details the performance of an African American jazz trumpet player in San Francisco — how he commits himself body and soul to his performance, transfixes his audience, eventually finds the essence of the global moment as embodied in the room at that instant, and everybody recognizes it.

Moriarty and Paradise get to hang with the guy for a few precious minutes, during which Moriarty wants the black musician to go find his wife and hand her over to them — these drunk white tourists — to fuck.  The musician politely declines and the meeting comes to an end.

My will flagging, I was close to giving up with only 30 pages to go, so Jenny offered to read the next chapter to me aloud.  It turned out to be Part 4 Chapter 5 — the whorehouse chapter.

Wise wife.  If you need to read On the Road, go with someone on a long car trip and take turns reading and driving.

When read aloud, of course, Kerouac's lyricism greases the skids a bit.  His voice is unmistakable in the book's grander passages on the meaning of the land and the night and the road, but the more mundane plot points — how much money we had, who drove, where we found a pay phone — have a rhythm of their own.

And read aloud, the deadpan jokes are funnier.  Dean Moriarty and Sal Paradise are idiots, and Kerouac seems to acknowledge this more readily as you roll the language on your tongue. Ask your wife to help you.

"Man," said Dean to me, "ain't this a nice way to spend an afternoon. It's so much cooler than Denver poolhalls. Victor, you got gurls? Where? A donde?" he cried in Spanish. "Dig it, Sal, I'm speaking Spanish."

When it came out in 1957, this spoken quality of On the Road must've been one of its many startling elements that aren't as startling today.

As another survival strategy to get me through the reading, I went back to Tom Waits' early stuff, listening to that startle that so animated Waits in the 1970's.  Foreign Affairs, for example, careens between Kerouac and Raymond Chandler — sometimes from line to line.

Jenny, who is vastly better read than I am, nodded.   She noted that if you go back and read some of the books that got Pulitzers at mid-century, and the books they thought were The Great Novels of the past, they're often horrible.  Unreadable, ponderous, stultifying.  She always keeps some genre fiction around — mysteries, detective novels, horror.

The Beats and the pulp writers, Jenny reminds me, wrote books you actually want to read.  I think Tom Waits and Bob Dylan before him were beneficiaries of that democratization of artistically ambitious writing.  They also vastly expanded it beyond poetry and the novel.

Allen Ginsberg famously said Dylan took on "an artistic challenge to see if great art can be done on a jukebox. And he proved that it can."  In some sense, it was Ginsberg and Kerouac themselves who had proved it can.  The song "Jack & Neal" from Foreign Affairs is almost like Cliff Notes for On the Road set to music.

If you wanted to write an album for the ears of Jack Kerouac or Allen Ginsberg — one that would actually impress those men personally — you could do worse than Highway 61 Revisited or Blonde on Blonde.  Then again, those albums have held up better than On the Road over time, so maybe their goal was to surpass rather than impress.

As soon as it hit the streets, On the Road was apparently made to carry more baggage than it could bear — like Kerouac himself, they say. He didn't know what he was unleashing when he typed it out and, like most books, it's better the more you can see it as a gesture made in its moment. It's an innocent thing, On the Road, for all its malfeasance.

It again brings me face-to-face with the mindset of young people after WWII, possessed as they were by the knowledge that the whole damned century so far had been badly muffed, a gutter ball, and the options looking forward were pretty vapid.

Everybody could see that young people's disillusionment was about to hit the fan, and the Beats were either lucky or unlucky enough to be there, trying to capture where their heads were at.  Though they worked hard to get famous, they were more sucked into their fame by prevailing anxieties.

There are agonies involved in reading On the Road, but the past needs more attention and explication as it recedes, not less.

The book broke open several crates of valuable material I'd almost forgotten I had — early Waits, Elaine Tyler May's Homeward Bound, Robert Cantwell's When We Were Good, and much else.  My earliest toddler-memory of the public life of the nation pertains to the Funky Chicken dance craze, and I feel a need to revisit the lessons of earlier eras again and again.

It also turns out that Jack Kerouac and Frank Cloutier were born in the same town, and I'm now wondering if, God help me, the next book I read might be Visions of Gerard.

Thanks for your post. I enjoyed it. Perhaps you would get a snicker at my Kerouac-obsessed blog: www.thedailybeatblog.blogspot.com.

You may be interested in an interview I just posted with John Cohen & Tom Paley at:
http://www.downhomeradioshow.com/

Great post! I came to Kerouac at fifteen, inhaled his canon, and am embarrassed now at my devotion to his style, faux-Buddhism, and (ultimately) rank nihilism. The nadir of Kerouac's self-indulgence is Dharma Bums; if you had trouble reading On The Road, I'd say hold a cross and some garlic out when you pass by that in the bookstore. He's one of those writers you've got to pass through, but I think taking him as a model for writing or living is very dangerous.

There's only one Kerouac book that still stands up for me: Big Sur. Sure, it ends with that awful waves poem, but the bulk of the story - Kerouac's decline into alcoholism, his disillusionment with the movement he'd helped to create - is touching, and expertly handled. You get a sort of "best-of" the Beat Generation in decrepitude. Big Sur reminds me, in a weird way, of great English satires like Piers Plowman or even Swift's A Tale of a Tub: the narrator hurls venom out at the world, and tries to find some path to goodness that eventually drives him bonkers. Give it a try; given your reading of On The Road, I think you'd dig it the most!

I could never get through the first few pages of On the Road. Tried a couple of times, then just tossed it.

I wanted to be a "cool kid", but his stuff just never really impressed me.

However, I am reading a similar type "on the road" book entitled "Blue Higways" by William Least Heat-Moon. Really enjoying this travelogue!