Rollingstone out on Highway 61 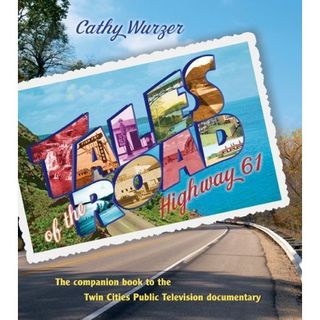 Along Highway 61 on your way out of Minnesota, you pass two towns called Minnesota City and Rollingstone. Their histories began with a Utopian crackpot and his followers, who soon became his victims in one of the more ghastly episodes in the state's history.
The Rollingstone Colony was a little like the Donner Party, if a lot less famous. It also reminds me a bit of the Bear Mountain Picnic Massacre, and certainly adds a new dimension to the song "Like a Rolling Stone."
In 1851, a New York printer persuaded a group of New York professionals to join a Utopian community. They would start fresh in a well-planned city out west in the health-promoting climate of the new Minnesota Territory.  The town was to be called Rollingstone.
The leader went west first to found the beautiful city, and when 400 people followed him, they were surprised to find him stuck in a swamp. The women and children slept in a large tent, the men in gopher pits.  About three quarters of them soon died in the epidemics that swept the settlement.
Wait. Come to think of it, that's more or less how I came to live here too ...
Anyway, the survivors founded Minnesota City.  A small village two miles away is today called Rollingstone. Pinning down which of the two towns was the location of the Rollingstone Colony and how exactly they relate to each other historically would take more digging than I've done.
In any case, I'm thinking more about Bob Dylan and the mid-1960's.
It seems hard to believe that a Minnesotan would write a song called "Like A Rolling Stone" — a song about what it's like to find yourself all alone and boondoggled out on the new frontier — and that he'd put it on an album called Highway 61 Revisited without knowing anything whatsoever about the story of the Rollingstone Colony.
But then, a lot of true things are also hard to believe. It certainly wouldn't be the first time that Dylan seemed preternaturally relevant — that his empathetic imagination would insinuate itself convincingly beyond what seems possible. I've written about that before.
Maybe it's all a coincidence, but it's worth doing the legwork to understand how well-known this incident could've been to Dylan in the early 1960's. My research time is booked at the moment.
I also don't know if anybody has ever asked Bob when, if ever, he first heard about the Rollingstone Colony down on Highway 61.
Sources:
Cathy Wurzer's just-published book, Tales of the Road: Highway 61, provides an efficient telling in two pages.  She also talked about it today on Minnesota Public Radio.
Christopher M. Johnson's article in Minnesota History (49:140-148) provides much detail on how the community got to Minnesota.
_

What a cool article. Since you are obviously a fan, I thought I'd introduce you to my new novel, BLOOD ON THE TRACKS, which I think you'd enjoy.

It's a murder-mystery. But not just any rock superstar is knocking on heaven's door. The murdered rock legend is none other than Bob Dorian, an enigmatic, obtuse, inscrutable, well, you get the picture...

Suspects? Tons of them. The only problem is they're all characters in Bob's songs.

You can get a copy on Amazon.com or go "behind the tracks" at www.bloodonthetracksnovel.com to learn more about the book.