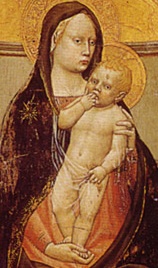 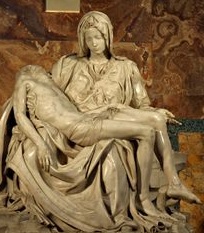 Back in the 1990s, Tom Waits wrote a song called "Georgia Lee." If I remember the story correctly, he wrote it after the body of a 12-year-old girl was found not far from his house.

She'd been dumped there in a patch of trees, but her death barely made the newspapers. This was around the time of the Polly Klaas case — or during some other headline-making search for an abducted girl — and Waits was disturbed at the possibility that kids like Georgia Lee don't get as much coverage because they're too poor, or too black, or too troubled, or they're not photogenic enough, or ...

While he was giving his album Mule Variations its final edit, Waits deleted "Georgia Lee" from the track list. Tom's daughter — who was near the age Georgia Lee had been when she died — was appalled. Here Georgia Lee was used up, murdered, and thrown away and nobody gave a damn ... until, at last, somebody finally bothers to write a song about her ... and it GETS CUT FROM THE ALBUM?

So, Waits sighed heavily, restored the song to Mule Variations, wistfully remembering his simple care-free bachelor days when the only people he had meddling around with his creative process were record company executives, producers, accountants, lawyers ...

Anyway, with that background, I'll get to the main point, which will take a while to explain. The lyrics begin:

Probably, the first line pays homage to Blind Willie Johnson's "Dark Was the Night, Cold Was the Ground," a much-admired gospel/blues record from 1927.

Johnson's recording is basically a slide-guitar instrumental — the sparse vocals consist of a little humming, some moans of apparent grief. Occasionally, Johnson says "Ah well." The recording is clearly a profound contemplation, but ... of what?

I've known Johnson's recording since I was child, but it was only a few years before the Waits album came out that I learn the full title of the song Willie Johnson was riffing on: "Dark Was The Night, Cold Was the Ground on Which Our Lord Was Laid."

After learning the full title, I wasn't sure whether Johnson had recorded a contemplation of Jesus lying in his tomb or of the humble circumstances of Jesus' birth. After all, the body of Jesus was placed on the cold ground twice — once at when he was born, and once again when he died.

Either story — or both stories, thought of together as bookends — might elicit the overwhelming grief evoked by Johnson's recording: a homeless child born in a stable or a murdered preacher buried in a cave. To Johnson, a blind black gospel artist in 1920s America, either story might sound dreadfully familiar (even if most Americans today tend to miss the intense sense of pity that gives the Christmas story its meaning ... bad for sales, presumably).

Eventually, I decided "Dark Was the Night" must be a contemplation of the crucifixion and the burial. After all, that's what Samuel Charters says in his liner notes about Johnson's work.

But I was still aware that I hadn't really thought much about those three days between the Crucifixion and the Resurrection until I'd puzzled over "Dark Was the Night," If you try to see them through the eyes of someone experiencing them in real time, those hopeless days give the Resurrection much of its emotional impact.

Soon, I was again reminded of those three days when I heard Bruce Springsteen's version of the old Negro spiritual "Oh Mary Don't You Weep."

Although the song is about the New Testament story of Mary, the mother of Jesus, it makes one reference after another to the Old Testament — to the Hebrew Bible. It's puzzling when you first realize it, but this old African American hymn is written to comfort an old Jewish woman upon the death of her son.

It's a song against despair, to be sung for Mary during those three days, when she knew the Old Testament well and all too much about the Crucifixion, but had no inkling whatsoever about any Resurrection.

Nevertheless, I kept listening to Willy Johnson's "Dark Was the Night" and despite all my thinking about the Crucifixion, the Nativity still lingered in my mind for some reason. And eventually, my confusion of these two bookend images of Jesus lying on the cold, dark ground reminded me of something I'd seen in art history classes back in my college days.

There is a long European artistic tradition of depicting the baby Jesus with the features of an old man, and another of the Pieta, depicting Mary holding the crucified Jesus so as to echo the Madonna-and-Child. The Nativity and Crucifixion have always been mixed up together. So, in the way I'd been hearing "Dark Was The Night," Willie Johnson and Michelangelo shared that ambivalence, that refusal to decide.

So, all this thinking came rushing back to me when Tom Waits' Mule Variations was released. Here was Tom Waits referring to "Dark Was the Night" at the start of a song about a dead African American child. Whether intended or not, "Georgia Lee" revives this long-standing association of the Pieta with the Madonna and Child, and does it by evoking Blind Willie Johnson's 1927 recording.

Tom's song also evokes "Dark Was the Night" in a subtler way.

While Waits writes a lot of wonderfully sad songs, "Georgia Lee" might be the only completely hopeless song he's ever written. Like Johnson's 1927 recording, it's as if Waits' "Georgia Lee" is so hopeless that it feels as if it were recorded during those three days. These are songs about that perfect despair. The chorus more or less says so, outright, in the unanswered question it leaves hanging in the empty air.

Editor's Note: This is installment 24 of 28 entries in which I seek to post something to The Celestial Monochord every day ... every stinkin day ... for the entire month of February.

I was listening to "Georgia Lee"... did an Internet search and came across your reflection. As my wife says, "That will preach."
Along with "Come on up to the House" - my other favorite on this CD - Tom Waits articulates profound theology.
You have captured perfectly.

Thank you for this piece. The previous commenters have said it all for me.

I was listening to a recording of songs by Irish artists a friend made for me and came across this one by Deirdre Scanlon of Solas. Here haunting vocals and the words came over me like a wave. I found myself playing it over and over again and singing it as well while trying not to cry. Beautiful and tragic.

And thankfully Waits rescues us from despair two songs later, finishing off the album with Come On Up To The House, with this:

Very well-written and, by turns, insightful.

On the subject of the Nativity/Resurrection in art history, I wanted to bring your attention to other “bookend” symbols, namely: a sacrificial lamb (sometimes spouting blood as Jesus did from his right side), and the parallel between his swaddling clothes / burial shroud. Sometimes the baby Jesus is even depicted lying in the manger in a cruciform fashion, with his arms thrown wide. Sometimes the manger looks more like a sarcophagus.

Thank you for the rich reading of “Georgia Lee.”

thank you so much for sharing your thougts.

i'm not a native english speaker, i'm german and got this song a few years ago by fortune. I love it at once and step by step i understand more and more of the sense. today another great step is done to understand this touching song.