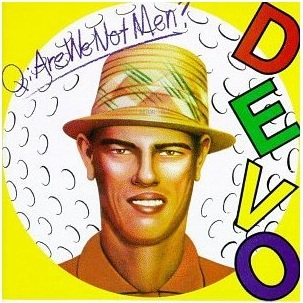 A reader recently came across "Dreaming of the Hillbilly Blues" and commented:

I've often thought about posting a brief musical autobiography, but it's against our editorial standards. To distinguish The Celestial Monochord from most other blogs, I try to write as little about myself as possible. Besides, unless you've either killed a president or walked on the Moon, I don't believe in memoir. I just don't see how I, personally, am more interesting than your average sidewalk fulgurite or kitten astronaut.

Still ... let it never be said that the editors of The Monochord are unresponsive to reader enquiries.

I was born the youngest of five boys and two girls, in 1964 in the Chicago suburbs. My older brothers were heavily into John Prine, Steve Goodman, David Bromberg, Leo Kottke, Dylan, The Beatles, Zappa, Simon and Garfunkel, Pink Floyd (Dark Side of the Moon), King Crimson. We all started listening to Prairie Home Companion as soon as it hit Chicago public radio, around 1978, I guess.

One brother had played tenor sax and was thus into jazz and Chicago blues. Another was one of that tribe of fine amateur bluegrass multi-instrumentalists that seems to magically materialize at festivals. So Miles Davis, BB King, The Blues Brothers, Flatt and Scruggs, John Hartford, and David Grisman were also in the house. That was my education.

My brothers, I eventually thought, tended to dismiss whatever was popular, almost without regard to what it was. They even got drawn into the xenophobic "Disco Sucks" fad. Looking back, they were somehow agressively closed-minded and yet very eclectic. All their music was before my time, in a sense, and I was uncomfortable with their distrust of one of the most pervasive aspects of life — contemporary American pop culture. Or anyway, that's what I perceived at the time.

When I left home to go to college in 1984, I strove to develop my own musical tastes, to distinguish myself from my up-bringing. Tom Waits, Paul Simon, and Dylan were the only family heirlooms I held on to. I learned a lot and had a lot of fun that I would've missed had I not turned my back on my origins so decisively. But I also spent the years from about 18 to 32 kind of lost in the wilderness, musically.

I learned to dance during many years of aerobics classes, by tagging along with a gay friend to his favorite discos, and by hitting the college clubs. It turned out that knowing how to move proved helpful once I developed a deep enthusiasm for meeting women. I loved the music — Madonna, the Pet Shop Boys, Billy Idol, The Talking Heads. In the early 1990's, I danced to Nine Inch Nails, Public Enemy, and whatever else the DJ's happened to be spinning — mostly various "house" and one-hit dance groups like Black Box, My Life with the Thrill Kill Kult, Deee-Lite, and Greater Than One — whatever.

I learned from one girlfriend who The Smiths were, The Charlatans UK, The The, Joy Division, The English Beat, and strangely, Dwight Yoakam and The Knitters. A roommate from New Jersey turned me on to Springsteen's Nebraska, and Marxist-Feminist grad students got me into the only "folk music" I thought I knew — Billy Bragg, Michelle Shocked, and Suzanne Vega. I eventually married the girl who introduced me to Joan Jett and the Pogues.

Along the way, I'd owned and (at least briefly) loved "Never Mind the Bullocks" by the Sex Pistols, "Survival" by Bob Marley, the banana album by the Velvet Underground, several albums by The Cure, a friend's compilation of David Bowie hits, and I've always thought Joni Mitchell's "Blue" is one of the best records EVER. I somehow soaked up a little Blind Willie Johnson, some Lee Morgan, and some Memphis Slim, but they didn't seem to fit into my life any better the classical and medieval early music I'd also flirted with.

But by about 1994, I found myself walking into huge record stores that sold absolutely every kind of music imaginable, standing near the entrance for a few moments, and then turning around to leave. I was bored and saddened by the very idea of music. I knew there had to be something I wanted to hear, but couldn't even imagine what.

Just then, a girlfriend dumped me — left me in just about the rudest, most damaging, and thoughtless fashion possible. She felt just barely guilty enough to buy me a guitar as a parting gift. She owed me an entire orchestra ... Anyway, I wondered what I might learn to play on this new guitar, and the blues seemed to fit the circumstances.

I figured I should start at the beginning, reasoning that the earlier stuff must be easier to play. Right? So, I bought the CD that I felt marked The Beginning — Bob Dylan's first album, the one with House of the Rising Sun and See That My Grave is Kept Clean. And there, in Song To Woody, he mentions Cisco and Sonny and Leadbelly too.

So I went and found out who they were, and soon found myself listening to Blind Lemon Jefferson, Blind Willie Johnson, Memphis Minnie, Sonny Boy Williamson (the first), Memphis Slim, Big Bill Broonzy. After about two years, I bought Greil Marcus' book about Dylan's Basement Tapes, and marched off to the record store to buy the Harry Smith Anthology on CD (not yet grasping that it had only been reissued a few weeks before).

The Anthology reminded me of my brothers' music, the music I'd grown up with. But it was the music BEHIND the music, which my brothers had never heard. It was like turning to the back of the textbook and finding the answer to every excercise. It was as if I'd had some book laying around all my life and had only looked at the few pages of pictures bound into the book's middle — but now, I had finally sat myself down and read the book from cover-to-cover, at last making deep sense of its pictures.

Since then, I've never been at a loss for music to listen to — in fact, I always have a list of about $2000 worth of music I'm dying to get my hands on, from almost every genre from all corners of the Earth. Everything makes sense. Ironically, it turns out that my mother had taken a few lessons in Hawaiian-style slide guitar in 1935 or so — a fact she never bothered to mention until I got heavily into the music of that very era.

As Harry Truman said, "The only thing new in the world is the history you don't know."