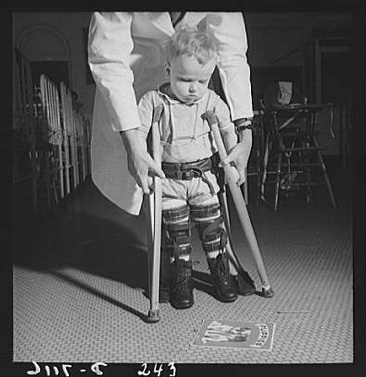 (This is part of an occasional series on John Prine's second album,
Diamonds in the Rough:   Everybody  The Torch Singer  Souvenirs
The Late John Garfield Blues  Sour Grapes  Billy The Bum  The Frying Pan
Yes I Guess They Oughta Name a Drink After You  Take the Star Out of the Window  The Great Compromise  Clocks and Spoons  Rocky Mountain Time

About 15 years ago, a friend of mine wanted to cite an example of a bad John Prine song, so he chose Billy The Bum, calling it "a shambles of a song." At the time, it seemed like a good example to me, mostly because the song's shameless sentimentality made me cringe. But I've gone through a lot since then.

Around 1999, after I'd pretty much memorized the Anthology of American Folk Music, I was starving for more blues and hillbilly recordings from the 1920's. So I sought out recordings by many of the same performers Harry Smith had put in his collection. And there, beyond the Anthology, were many astonishing surprises for which the Anthology had not really prepared me.

Chief among them, initially, was how often these performers had recorded extremely sentimental 19th century "parlor songs," as I call them. These earnest, stiff numbers told tales full of pathos about drowning sailors, dying orphans, childhood cottages never seen again. Maybe Harry Smith had mostly ignored them because they weren't "folk songs" in a certain sense — most were relatively new compositions from the late 1800's, widely sold as sheet music for middle-class homes. In the late 1920's, white folk musicians made sound recordings of them for the first time, their original copyright status long forgotten.

Initially, I was a little impatient with them — a bit embarrassed, disappointed and amused by their commercialism and their hokiness. But after listening closely to dozens of them, researching the origins of several of them, and having a few conversion experiences with them (I guess you'd say), I've come to love them. There's Charlie Poole's "Baltimore Fire":

Fire! Fire! I heard the cry
On every breeze that passes by
All the world was one sad cry of pity
Strong men in anguish prayed
Calling loud to Heaven for aid
While the fire in ruin was laying
Fair Baltimore, our beautiful city

There's Buell Kazee's "If You Love Your Mother":

In a lonely graveyard many miles away
Lies your own dear mother slumbering 'neath the clay
Or have you forgotten all her tears and sighs
If you love your mother, meet her in the skies

She is waiting for you in that happy home
Turn from sin's dark pathway to no longer roam
Give your heart to Jesus, upward lift your eyes
If you love your mother, meet her in the skies

And then there's the Carter Family, whose influence now seems to me ubiquitous in John Prine's music (and who provided the title song for Diamonds in the Rough). The Carters recorded these sentimental parlor songs more often and more movingly than anybody ever has. Their "Engine 143" did make it onto The Anthology:

Up the road he darted, against the rocks he crushed
Upside down the engine turned and Georgie's breast did smash
His head was against the firebox door the flames are rolling high
I'm glad I was born for an engineer to die on the C&O road

I've come to appreciate these songs as beautifully written and recorded, often, but also as an important part of the roots of American music. In no small part through the influence of the Carter Family, country music is heavily based on them (what do you get when you play a country record backwards?).

Billy The Bum, which I've known for over 30 years, is today a completely new song to me. I hear it within a tradition that's well over a hundred years old and that I've taken deeply, if cautiously, into my emotional, intellectual, and maybe spiritual life.

Billy The Bum is another of Diamonds In The Rough's country waltzes. The first verse again establishes John Prine's firm flat-picking, accompanied by David Bromberg on a second acoustic guitar. Bromberg plays mostly bass runs, but strums often to help keep the beat. I'd say he plays "oldtime guitar" — an art that's been essentially lost to the upright bass, on the one hand, and bluegrass guitar on the other.

With the first statement of the chorus, Bromberg begins dubbing over (I assume, unless he's playing with his toes) the sliding dobro that gives the song much of its countrified twang. Also on each chorus Dave Prine enters, turned down very low in the mix, singing back-up vocals in a strained, high-lonesome wail, like a far-off cry in the wilderness.

As I understand the lyrics, Billy always fantasized about riding the rails as a hobo, but because his legs had been twisted by polio, he could only hop a train in his imagination:

He loved every girl in this curly-headed world
But no one will know, it seems
For two twisted legs and a childhood disease
Left Billy just a bum in his dreams

It's interesting that even in the 20's and 30's — presumably the heyday of hobo culture — films and songs romanticized the lifestyle, seducing many young people into riding the rails. In other words, hobos were already a dream even back when they were still a reality. Billy was only one of millions who dreamed of riding the blinds. There's a sad irony and richness here — his polio made him a bum in his own eyes, unable to attain his dreams, which included being a real bum on the open road:

It seems fairly clear to me that John Prine has always believed in Jesus Christ, that he's a christian. But if this is right, his work presents us with a rare and fearsome portrait of a blazingly angry and disappointed, public-spirited, and wildly playful faith. Prine's first album is all about spirituality, if you look at it just so, and is big enough to contain everything from "Eat a lotta peaches, try to find Jesus" to "There's a hole in Daddy's arm where all the money goes — Jesus Christ died for nothing, I suppose."

If Prine were an atheist like myself, it would be a different matter. But given Prine's long and powerful history of working out his thoughts about faith in song, I don't take lightly his portrait of the song's townspeople, whose children "seemed to have nothing better to do than to run around his house with their tongues from their mouths."

It's easy enough, if you prefer, to hear easy platitudes and a certain self-righteousness in this indictment. But given Prine's body of work and the religious themes he's explored so frankly, I think we're bound to take this portrait seriously. Trapped among such people by his physical disabilities and his shame, Billy, a real fluorescent light, cried pennies on Sunday morning.

By this point, I've come to decide that it's a defense mechanism, this tendency not to really hear the lyrics of these old-style sentimental songs. If we took them literally, pictured them, read them over, took them at their word, they'd cut too close to the bone. They'd go places we've decided, as a culture, we don't want to go.

It's no wonder that generation after generation of Americans experience a recurring "Folk Revival" in which young people rediscover acts like the Carter Family. And, regardless of what else might be said about them, it's no wonder that these Revivals are continually experienced by their participants as a burning away of some vast, heavy haze of sanitized corporate nonsense to reveal something that finally, at long last, matters.

John Prine has always struck me as a thinking man.

I'm new here so I don't know if you've commented on John Prine's "I didn't hear nobody pray". It's the title of an old black spiritual that surely must have been known to John when he wrote his ballad about the way we block out tragedies because they are too viceral to take at full emotional value except when we can't ignore them because they happened directly to us.